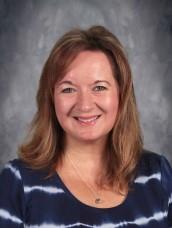 Certificate of Clinical Competence; Master of Arts in Speech-Language Pathology; Bachelor of Arts in Communicative Disorders

Defining Moment in Education: When I first enrolled in college at The University of Akron, in Akron, Ohio, I was torn between majoring in Education or Psychology.  After hearing a fellow classmate speak in my Public Speaking class about Speech-Language Pathology my freshman year, I was immediately drawn to find out more about this field of study.  After meeting with one of the professors in the College of Communicative Disorders, I was accepted and enrolled into that college and declared my major.

Core Educational Belief:  I believe every student is unique in their thinking as well having individual learning styles that need to be embraced to allow them to reach their full potential.  In addition, I believe students improve their communication skills through opportunities that allow them to actively communicate so they can practice using their good speech-language skills.

Prior Experience:  Before making our home in Arizona in 2001, my husband, myself and our two children were living in Warren, Ohio.  Prior to 2000, I worked as a medical Speech-Language Pathologist in various settings including skilled nursing care, home health, subacute, inpatient/outpatient therapies and private practice.  I made my transition to the school setting in January 2000 after feeling the pull to work with children after having my own.  Working in the schools has truly been a joy and very rewarding.