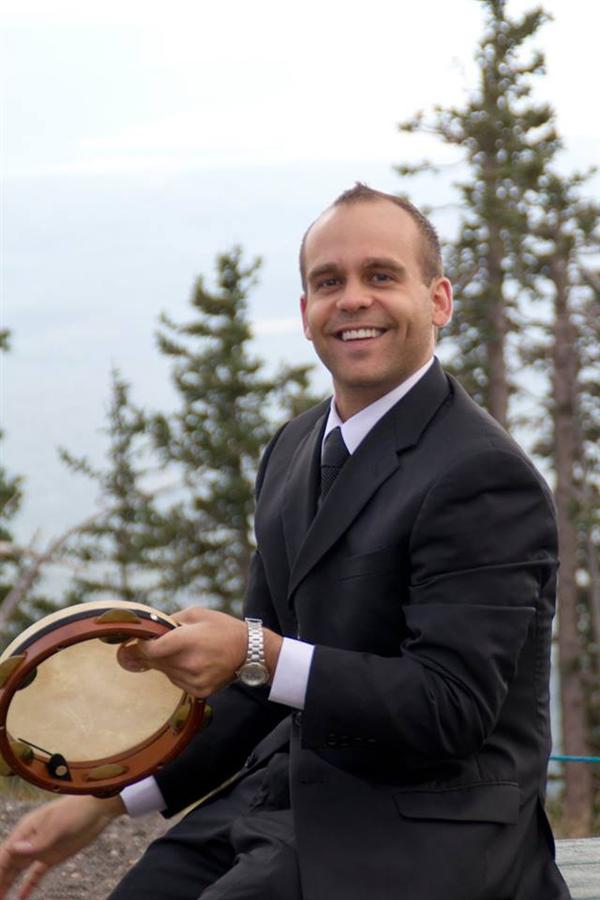 Hello music parents! My name is Tom Edelbrock, and I have been a music educator in Tucson for the past seven years. I received my Bachelor's degree from Northern Arizona University in Flagstaff, and I began my music career as a percussionist in 4th grade. I finished my Master's in Music Education from The American Band College at Central Washington University in summer 2018. I have worked as the band director at L.W. Cross Middle School since 2013, and began teaching guitar in the fall of 2018. I also taught the choir program at Cross for 5 years.

I decided I wanted to teach music when I was in high school. I met many of my friends through the common love of music, and I wanted to spread my appreciation for the power of music to future generations.

My philosophy is that music is an essential part of a well-rounded life whether it is performed, listened to, studied, or just appreciated. Music and rhythm are one of the most fundamental human relationships (dating back to the melody of a mother’s voice and the beating of her heart). I believe that every person is capable of learning how to perform music on an instrument or with their voice. I also believe that performing in a musical ensemble teaches many important life skills in addition to the art of reading music. These skills include: Public performance and appearance, problem solving, fine and gross motor coordination, collaboration with peers, goal management, personal preparedness, accountability and responsibility.

While attending NAU, I performed with the Flagstaff Symphony as a Section Percussionist from 2009-2012. I also began teaching private lessons on percussion and in music theory/sight reading. I have performed as a percussionist with concert bands in various states around the U.S. as well as throughout southern India with the Global Rhythms Ensemble from the Univrtsity of Miami (Ohio) in 2011.

I was awarded a travel grant from NAU College of Fine Arts to fund my travel to India. While in the country, I learned about the music and culture of India and took private lessons on the Indian tabla. Our group included students and performers from around the world, and we performed at 5 different venues during our stay.

Cross' performing ensembles have received Superior ratings, and numerous 7th and 8th grade students have successfully auditioned into the Arizona Music Educators' Association All State band since my tenure began in 2013.