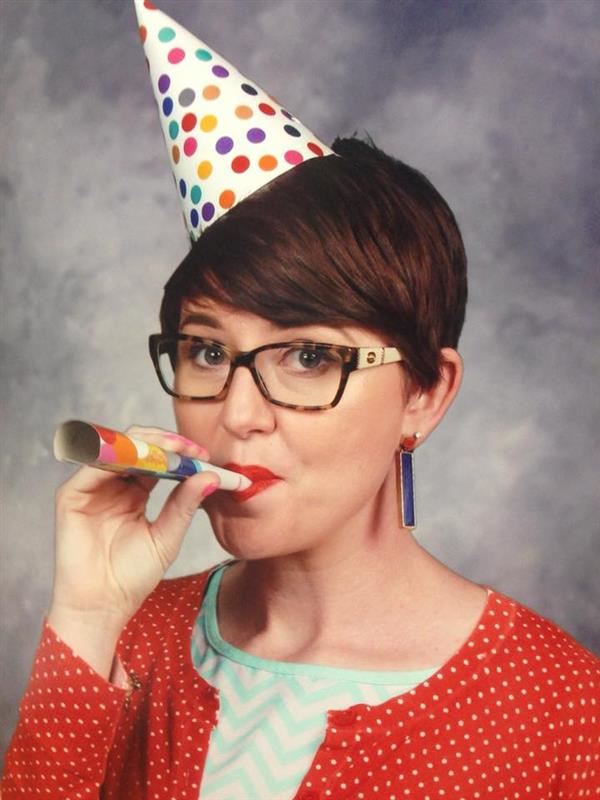 Mrs. Anderson is an Arizona native, born and bred. Since she was three years old, she's known that teaching is her calling. In her pursuit of the career, she graduated from Patagonia High School and attended the University of Arizona, where she received a Bachelor's in Extended English Education in 2006. She did her student teaching at IRHS before spending 13 years as a Marana Tiger, then spread her Nighthawk wings once again in 2019. This year, she is teaching English 10 and Dual Enrollment Writing 101 & 102.

Outside of school, she is married to Mr. Anderson, who teaches math at IRHS, and they have two dogs who keep them perpetually covered in dog hair. In her spare time, she likes to do crossword puzzles, eat bean burritos, and crochet. She is also a charter member of Marana Community Musical Theatre, where she sings in the choir and acts in summer theatre performances.

She believes wholeheartedly in empowering students to solve their own problems and in closing the gap between high school and college.

Mrs. Anderson is currently pursing a Master's degree in Rhetoric, Writing, and Digital Media Studies from Northern Arizona University and plans to graduate in Spring of 2022.